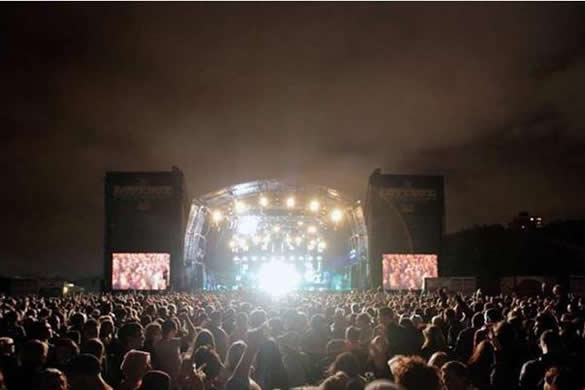 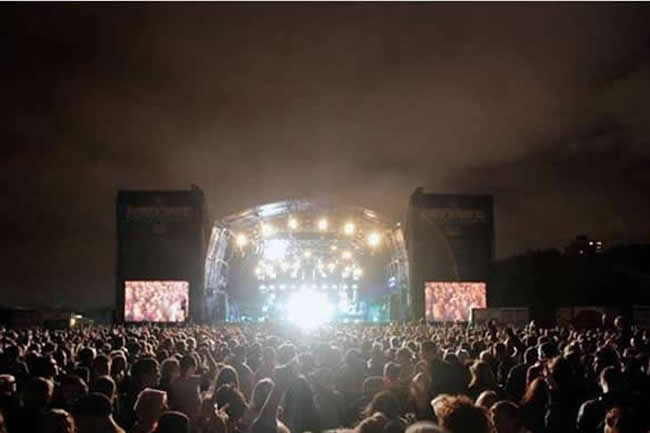 The sun was shining and the weather was sweet for a jolly ole trip to London’s favourite annual festival: Lovebox. In true disorganised fashion I managed to leave my friend’s ticket at home and had to go back and pick it up, but once over that hurdle it was all systems go. We got into the festival at about five o’clock and after an epic half-hour queue for two pints of Brothers Pear each, we headed off to the tranny-tastic NYC Downlow for some serious boogie action. Of course we had to queue for our magic moustaches to get in, and once inside it was proper beats, smoke machines and the wicked seedy vibes that the Downlow crew do so well. The seven-meter-long catwalk was put to good use by some seriously sexy lay-deez and the crowd went wild for it…

Time flew by and after what seemed like only a few minutes, but was in fact a few hours, it was time to go see the big boys and check out Groove Armada’s special 10 years of Lovebox anniversary set.

A quick pit stop at one of the many sets of portaloos on site – which were clean, tidy and with minimal queues – and we made our way to the main stage.

As expected, the crowd was massive, and so were the lasers! A stunning lightshow rolled out before our eyes as the wonderful Saint Saviour sung her way through all the classics! Particular highlights were ‘I Won’t Kneel’ and ‘Paper Romance’. Then out of nowhere, the one, the only, Candi Staton made her way to the front of the stage. And Jesus Christ Fenton, it was amazing. She smashed out ‘Love Sweet Sound’ and, of course, ‘You Got the Love’ – prompting a mass sing-a-long from the swaying crowds.

It was back to business for GA, who stonked their way through ‘Get Down’, ‘Easy’ and ‘I See You Baby’, ending with the set closer of all set closers, ‘Superstylin’. The wind was a-howling so some of the sound was a bit hit and miss, but the sound desk more than made up for it, blasting the volume for the last few tunes. After the primal cries of ‘ENTER IN DE DANCE PLUG IT IN AND WE BEGIN’ we were very merry indeed, so we stumbled over to meet the rest of our crew, who went off to see Kelis for the final dance of the night with Booka Shade.

Booka Shade, aka Walter Merziger and Arno Kammermeier, are the classic German house duo, hailing from Frankfurt. With four albums behind them, they had a serious amount of music to smash out – and that they did. With the minimalistic blue tube-light stage décor, and live set up, with drums, laptops and synths, they closed the night in style – although again, the serious wind speed meant the sound was compromised!

A good time was had by all, and we retreated home (luckily just around the corner!) to party the night… and the next day away!

Having been to Lovebox in previous years, I felt that they had possibly oversold on the Saturday tickets this year as it was packed – resulting in the aforementioned horrendous scrums for pints, especially near the main stage. I can see why they did, though, as it was the 10-year Anniversary and with the Sat tickets all sold out the organisers decided to cut the guestlist by 1,000 so more of the hoi polloi could get involved! And there were probably twice as many toilets as there were last year – so well done on that, Lovebox! I think that it’s definitely one of the better London festivals, and with a few tweaks to the organisation next year, I shall definitely be getting my groove on there once more.