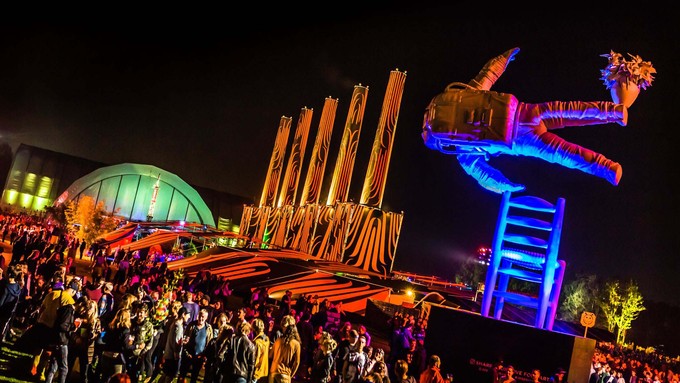 The line up is now hotting up with the likes of Gorillaz, Kendrick Lamar, The War On Drugs, Dua Lipa, Rag’N’Bone Man, Spinvis, Stormzy and Bicip already confirmed. 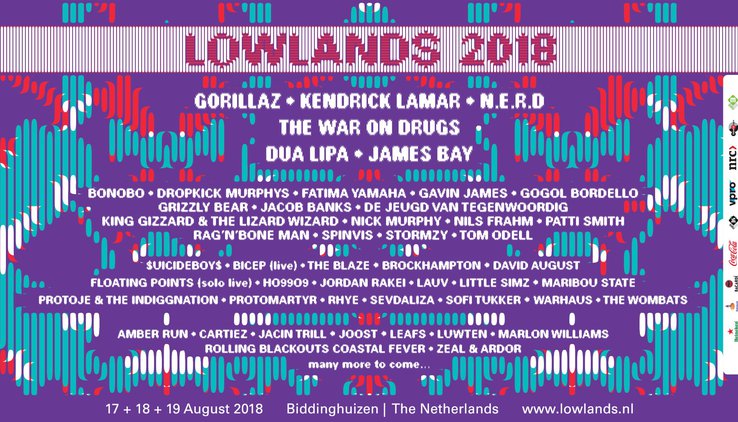 More acts will be announced soon with over 250 acts in total performing at this year’s event which offers up some of the best in alternative music, film, theatre, comedy, visual arts, literature and science.

For three days in August, the Lowlands festival features heavyweight headliners, impressive installations and covered stages, so revellers can enjoy all the festivities come rain or shine.

The 26th edition of the festival will take place at Walibi Holland in Biddinghuizen, from 17th to 19th August. Just over an hour from Amsterdam, ‘A Campingflight To Lowlands Paradise’ is shaping up to be a true backpacker’s Garden Of Eden and one of Holland’s most adventurous cultural outdoor events.

Watch the official 2017 aftermovie below: